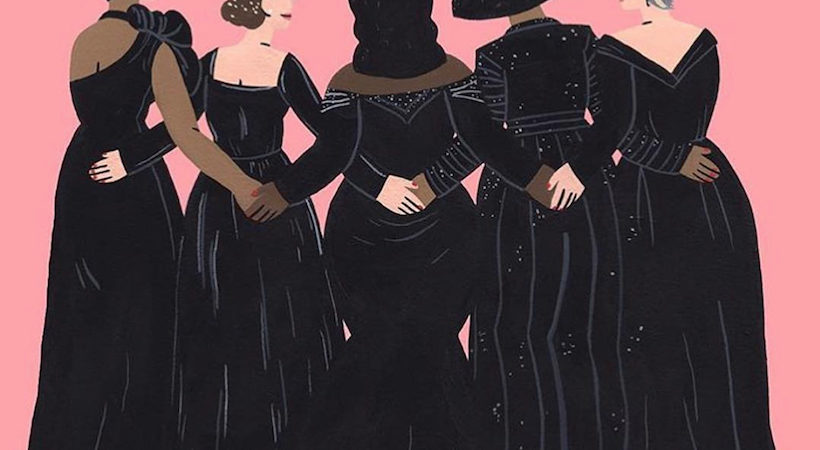 Female empowerment became front and centre for me after I became widowed at 31. It was triggered more when I got comments from well-meaning individuals about how I should live my life now that my husband was gone. Unsolicited advice, strange remarks that were aimed at my gender (and supposed “weakness” as a female) made me frustrated. I’ve never felt more empowered as a female and as a woman once widowed to lift my voice to promote female empowerment.

Here Are Some Lovely Instagram Accounts For Female Empowerment:

Started by a wonderful group of women including Amanda De Cadenet, Inez van Lamsweerde, and Amber Valetta, GirlGaze is a simple yet effective project: by showcasing photography and films made by Gen Z women, they seek to narrow the gender gap in a male-dominated industry.  By following their Instagram account, you’ll flood your feed with the work of underrepresented women photographers and creatives. This is a step in the right direction to improve #diversity.

A bold, real, relevant and necessary feed run by Liz Plank, an award-winning journalist and the producer of the Divided States of Women podcast. Sometimes she’s sassy, sometimes she trolls us all with a meme, sometimes she roasts people, and sometimes she graces us with an uplifting dose of motivation. Regardless, it’s (dare we say “magically?”) always just what you need.

This accounts emphasizes that its OK to live life on your terms. Following this account feels like an act of rebellion. But you’re joining an entire empire of your sisters at the same time. Oh, and all those incredible feminist t-shirts you’ve been seeing around? Yeah, you can definitely find them here.

Up until a couple of weeks ago, the 31-year-old Welteroth was the editor behind Teen Vogue which, has been very vocal when it comes to speaking out against gender inequality. Recently, she announced she’s leaving the publication to a new, exciting project.

Unbothered launched a few weeks ago, but it’s already garnered tons of fans. It’s a social offshoot created by Refinery29 that’s specifically targeted at (and run by) Black millennial women. This is one of the feeds we’ve needed more than anything — where you’ll find the real perspectives, real feelings, and real bodies of real women — that will lead you to demand “more voices like these, please.”

Girls At Library GAL (for those in the know) is one of the best resources today for insightful interviews with intellectually savvy, creative women. This is a site that celebrates women who read and makes us want to read a lot more in 2018. Their Instagram account is there to make sure we stay on track.